Well, it's not quite as the title suggests but that was the theme for the evening. Hosted by Stephen and Mary, members of Wine Group One had the opportunity to taste seven excellent wines from all over the world. It was organised in the form of a fun quiz with participants pairing up, tasting the wines and guessing where they came from. Sounds simple but who can be knowledgeable about the whole world's wines? 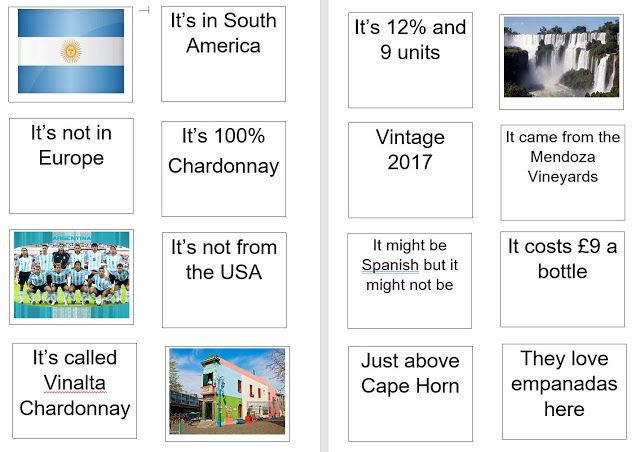 So we had to be helped along the way in the form of a musical clue followed by a choice of up to three other clues. A correct answer gave each pair fifty points but each clue reduced that total by ten points. If all three clues were used, the maximum points would be twenty. A simple concept but challenging for some in the group despite audio visual prompts. Well, it wasn't an intellectual challenge or even a wine knowledge challenge but simply that we know each other so well after twenty five or so monthly meetings that the laughter and the hilarity got in the way. And that is even before we had tasted a drop of wine! 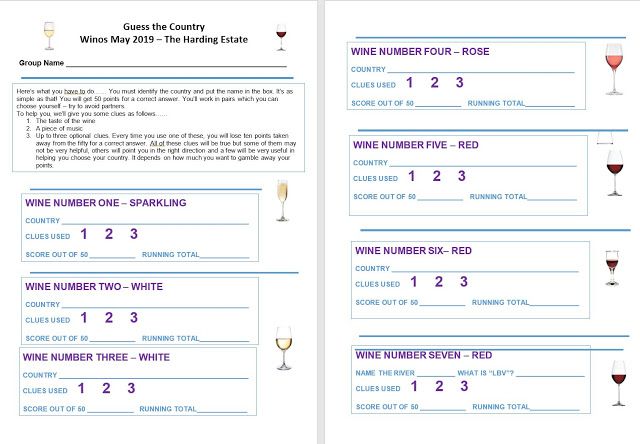 Eventually, the group got the hang of it with some recognising some of the musical clues or at least with it being "on the tip of their tongue" and others getting a little frustrated by the clues. All neatly folded by Mary, the clues were all true but some would not be helpful at all, others would point the pair in the right direction and a few would be so obvious that a decision could be made easily. One pair seemed to get only useless clues and another failed to recognise Big Ben as an obvious clue for English wines. All of this caused even greater merriment. I need to say at this point that it wasn't the wine causing the fun, (but maybe it helped) but the randomness of the luck of the draw with the three optional clues. The answers were given in the form of another more obvious musical piece. 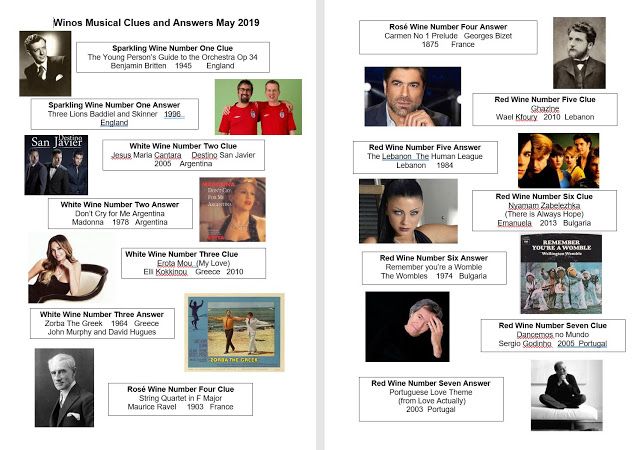 The food was also loosely linked to the country with Gougeres for France and Croquetas de Jamon for Argentina and Felafel and Houmous for Lebanon. The musical clues stretched the imagination in some cases with one example being The Wombles of Wimbledon Common being the clue for Bulgaria. I'll leave you to work that one out. The winning pair, Paddy and Peter E, were well deserved victors, having listened more carefully to the music and perhaps also having a few more useful clues than others. However, their skill in recognising a Lebanese Red (the most expensive wine of the evening) made them worthy champions. 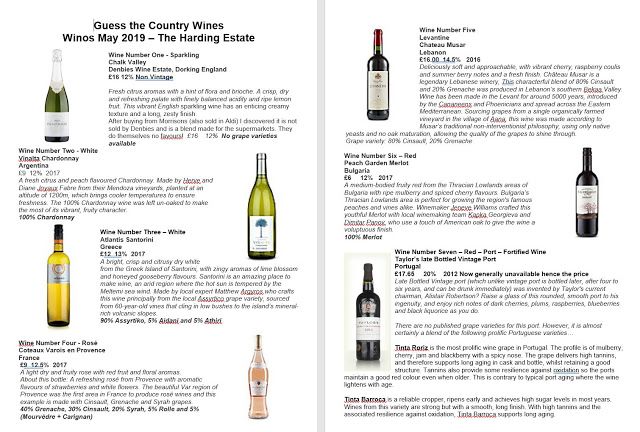