Wine appreciation on a grand scale

Rickards Hall, in Edenbridge, was buzzing with the sound of popping corks, music and laughter as the 3 wine appreciation groups gathered for a Christmas celebration. The hall had been transformed into a colourful European meeting place bedecked with national flags and artefacts making the room a riot of colour, a fitting backdrop for the bright, imaginative, if somewhat crazy costumes that were worn by the group members. We were treated to an array of red and white wines from Spain, France and Italy accompanied by regional food and music. 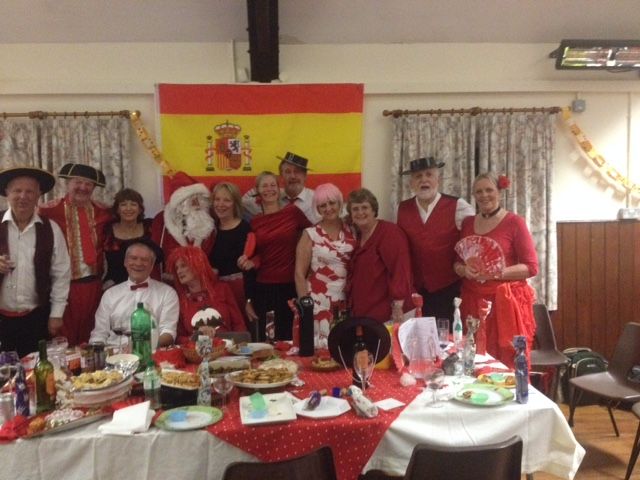 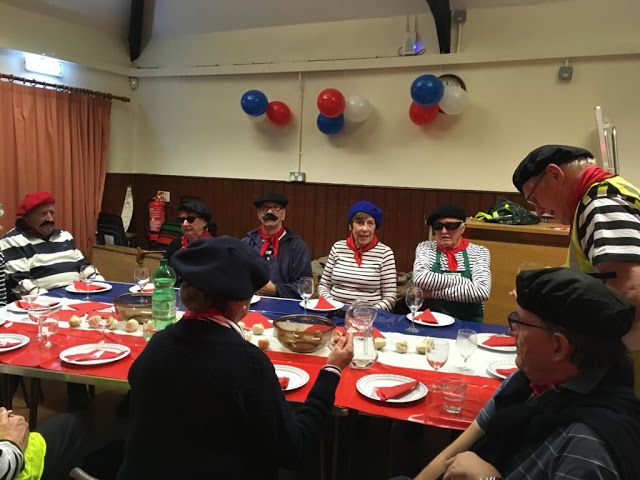 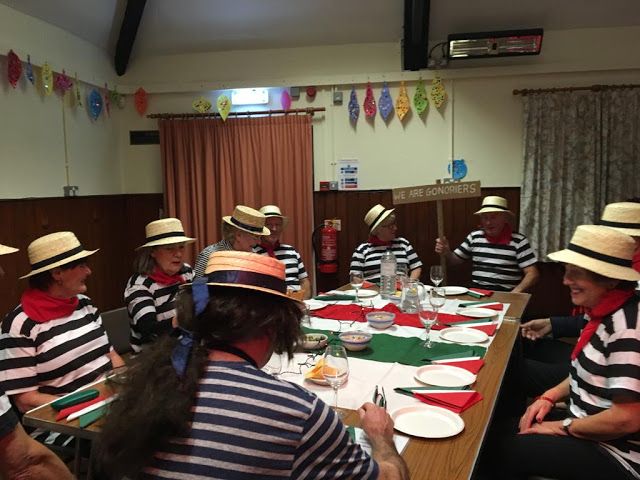 Señor Faulty, ably assisted by Manuel, introduced the Spanish wines on behalf of group 1. Group 2's Sommelier, 'Jean', represented the French, wearing the traditional beret and striped top. However, it was noticed that a few ‘Yellow Vests’ had managed to sneak in. Fortunately, they proved to be both well behaved and well informed.

The same cannot be said for the Italian Gondoliers, led by Signor Cornetto, who serenaded us with some dubious but hilarious ditties which were enjoyed by all.

There followed a surprise visit from Santa who pulled his sleigh around the gathered company, giving out presents. What delights did he bring? Yes, you’ve guessed it ... more wine! The evening ended with music and dancing

We all agreed it had been a fantastic night and a testament to what can be achieved when everyone gets involved.

Here’s to the next one!