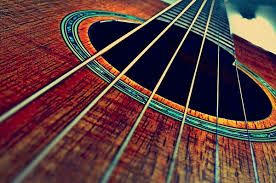 Seven U3A members were treated to a night of acoustic / electric guitar from Oli Brown, who is a very accomplished singer / songwriter. [At the 2010 British Blues Awards, Brown was named 'Best Male Vocalist' and 'Best Young Artist'.] His voice is outstanding and reminds you of Paul Rogers the singer with the 70’s band Free. He has performed with a number of global stars including the opening act for John Mayall on his 25 stop UK tour. He looks like a cross between Hozier, Frank Zapper and Russell Brand.

His set included some of his best-known work as well as a couple of songs from his new album and he vamped it up a bit with some excellent blues electric guitar. Sadly, the venue is now closed for the winter but will open again in the spring. I will keep you informed of the artists once the dates are released. This could become another regular night for the Third Age Rockers.

You don’t have to say much about the quality of musicianship heard at the iconic Ronnie Scott’s Jazz Club and, true to form, it was outstanding. The line-up, co-Led pianist / vocalist Paddy Milner [a Chas and Dave lookalike] and explosive funk, blues and jazz guitarist Tony Remy, included three brass, three guitars, a Hammond organ plus a brilliant drummer. Six U3A members were treated to some classic delta blues numbers written by the likes of John Lee Hooker, BB King and Muddy Waters, with excellent vocals by the lead guitar player Tony Remy plus some Jimi Hendrix style guitar playing from the ‘Prince of Cricklewood’. The night included an optional meal, so it was a tad more expensive than the Chiddingstone Causeway Village Hall, but well worth doing every now and again.

We will do it again sometime next year, watch this space.

Find out more about the Third Age Rockers