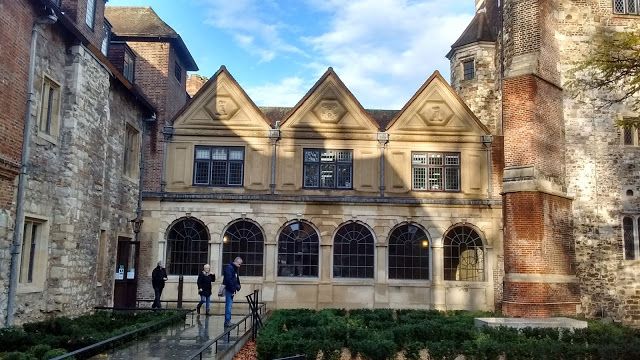 A group of 18 enjoyed a very interesting visit to Charterhouse, near Smithfield Market, on Friday December 7th. Our guide, Karen, gave us a very interesting tour outlining the history of the building and it's occupants. The first known building was used as a cemetery for victims of the Black Death from 1348. There are thought to be have been thousands of people buried there.

In 1371 it became a Carthusian Monastery and remained so until Henry VIII's Dissolution of The Monasteries. The building was then acquired by Sir Edward North, followed by the 4th Duke of Norfolk, then in1611 by Thomas Sutton a very wealthy business man. He opened it as a school and almshouse. The school, Charterhouse School remained there until 1872 when it moved to Godalming. The Merchant Taylor's school moved in until 1933. 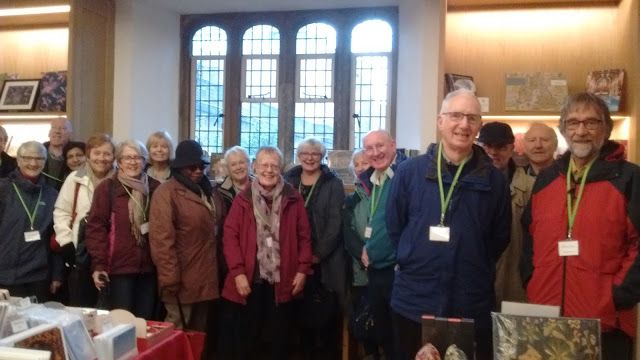 The building took a direct hit by an incendiary device in 1941 and following restoration it was reopened by the Queen in 1958. It is now open to the public for guided tours, with a small Museum. It is also still an almshouse with about 40 retired residents.

We followed our visit by a very pleasant lunch at Carluccio's